At roughly 9:45 a.m. on Thursday, November 21st, Tanker 42 and Engine 42 were dispatched to assist Upper Frederick Station 87 with a garage fire in the 2900 Block of Hauck Road in Upper Frederick Township. The Engine and Tanker responded along with units from Upper Frederick, New Hanover, Lower Frederick, Schwenksville and Upper Salford. Chief 52 of Lower Frederick arrived on location and reported a working fire in a detached garage. He ordered the first engine in to protect the home. Engine 42 arrived first in, but with some mechanical difficulties was not able to begin the initial fire attack. Engine 73 from Schwenksville quickly pulled in behind Engine 42, Captain 42 (Campfield) pulled a line from Engine 73 and requested the use of their CAFS (Compressed Air Foam System) to protect the exposure. Once a good coating of foam was applied to the home, the line was turned on the garage to begin knocking down the bulk of the fire. Tanker 42, driven by L. Roeder, supplied Engine 73. Once empty, Tanker 42 refilled and was able to return due to the quick knock down of the fire. Units on scene assisted with overhaul and began to make themselves available.

Many other units were dispatched to the scene, mainly tankers. With it being in Upper Fredericks Local, we are unsure of all the companies that responded. 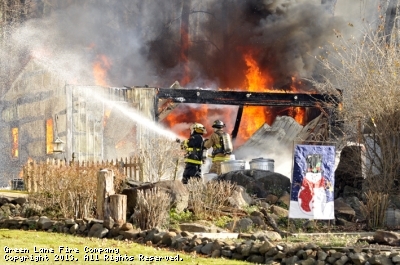 Captain 42 applies foam to the side of the home, just off camera to protect it from the heat of the fire. - Town and Country News photo 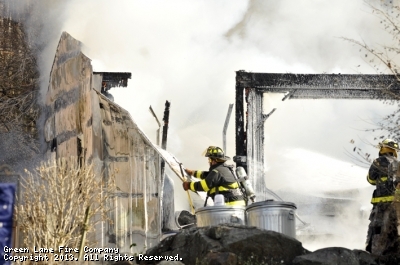 Firefighter Sam K. (left) and Captain 42 (right) work on knocking down the bulk of the fire in the garage. - Town and Country News photo 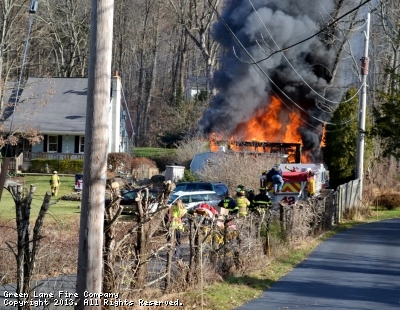 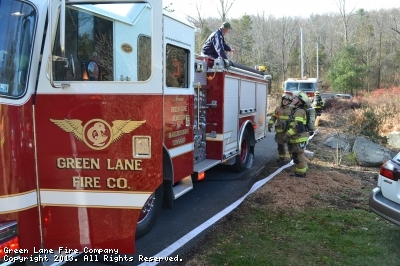 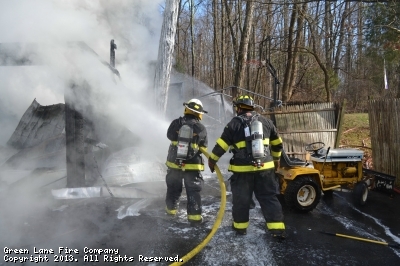 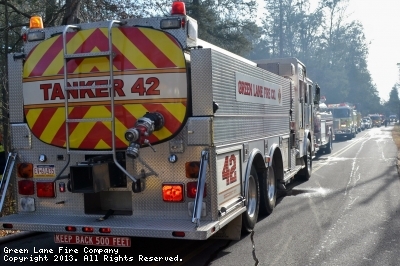 Photo courtesy of Robert Ward
×
1 of 22 of 2
28 entries in the News
In Honor of The Charleston 9: A Study of Change Following Tragedy
On June 18, 2007, nine firefighters perished in a warehouse fire in Charleston, SC. What was initially dispatched as a trash fire escalated into one of the most scrutinized events in national fire service history.
➜
Building Fire in Red Hill
Members from Green Lane assisted Red Hill on a commercial building fire Sunday September 10th. Squad 42 and Tac 42 responded. Full article on 1st Responder News:http://www.1strespondernews.com/webpages/news/DisplayNews.aspx?PT=state&state=PA&ID=9c7a5b05-fc79-448a-b828-6d08fde13810
➜
Almost Done!

This site has been viewed 405,421 times.
Calls
News
Events
Pictures
Apparatus
Maintained by the members and staff of Green Lane Fire Company. Designated trademarks and brands are the property of their respective owners. Copyright © 2006-2022. YourFirstDue Inc. All Rights Reserved. Content on this web site is supplied by Green Lane Fire Company. YourFirstDue Inc. cannot be held responsible or liable for any content, text, pictures, or any other media found on this web site.
Management login
Powered by